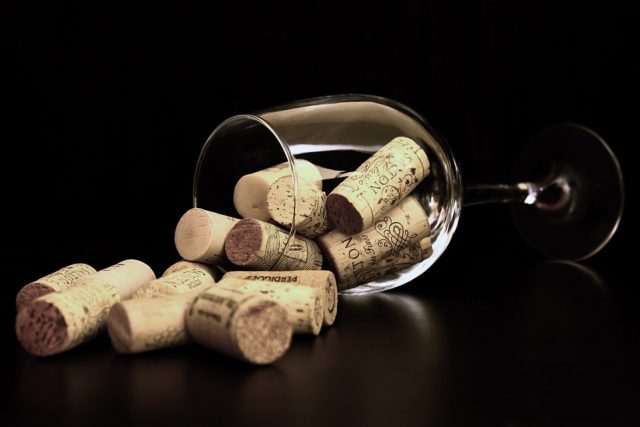 Psychedelic drugs may have mind-altering powers in the physical sense, too. A new study, published June 12 in the journal Cell Reports, found psychedelics, specifically DOI, DMT, and LSD, can change brain cells in rats and flies, making neurons more likely to branch out and connect with one another. The work supports the theory that psychedelics could help to fight depression, anxiety, addiction, and post-traumatic stress disorder.

“These are some of the most powerful compounds known to affect brain function, it’s very obvious to me that we should understand how they work,” says senior author David E. Olson, assistant professor in the Department of Chemistry and the Department of Biochemistry & Molecular Medicine at the University of California, Davis.

The idea that depression stems from imbalanced brain chemistry remains popular, but recent studies have revealed evidence that depression manifests as structural changes in brain circuits or atrophy in parts of the brain. This doesn’t mean neurons die off during depression, but that neurites retract. Neurites are the sections — either axons or dendrites — of a neuron that project out to bridge the gap between two neurons at the synapse to facilitate communication.

“One of the hallmarks of depression is that the neurites in the prefrontal cortex — a key brain region that regulates emotion, mood, and anxiety — those neurites tend to shrivel up,” says Olson. These brain changes also appear in cases of anxiety, addiction, and post-traumatic stress disorder.

In their paper, Olson and colleagues tested psychedelics from the amphetamine, tryptamine, and ergoline drug classes. In both test tube and animal experiments, the psychedelics showed functional and structural changes like those promoted by ketamine in cortical neurons. Psychedelics increased both the density of dendritic spines and the density of synapses. Some psychedelics tested, including LSD, proved to be more potent and efficacious than ketamine in promoting neurite growth.

The researchers did not do any human experiments, but experiments in both vertebrates and invertebrates showed psychedelics produced similar effects across species. This indicates the biological mechanisms that respond to psychedelics have remained the same across eons of evolution and that psychedelics will likely have the same brain growth (neural plasticity) effects in humans.

Olson and colleagues also set out to test how these psychedelics promoted neural plasticity, meaning they explored which biological pathways psychedelics activate that lead to neural growth. Ketamine’s neural plasticity effects were previously shown to be dependent on a protein called brain-derived neurotrophic factor (BDNF). When the researchers blocked BDNF signaling, psychedelics lost their ability to promote neurite growth. BDNF binds to a receptor, called TrkB, that is part of a signaling pathway that includes mTOR, which is known to play a key role in the production of proteins necessary for the formation of new synapses. When the researchers experimented by inhibiting mTOR, it also completely blocked the psychedelics’ ability to promote neurite growth. Olson thinks identifying the signaling pathways at play in psychedelic-induced brain changes will help future research identify compounds that could be developed into depression treatments.

“If we fully understand the signaling pathways that lead to neural plasticity, we might be able to target critical nodes along those pathways with drugs that are safer than ketamine or psychedelics,” says Olson.

Although most psychedelics aren’t considered to be addictive in the same way that cocaine is, they do produce hallucinations. Olson doesn’t expect psychedelics to become prescription drugs for depression. “But a compound inspired by psychedelics very well could,” he says.

Materials provided by Cell Press. Note: Content may be edited for style and length.

Challenges and Opportunities in the Context of Internationalization of Higher Education

KNOW WHEN TO END THE LANING STAGE