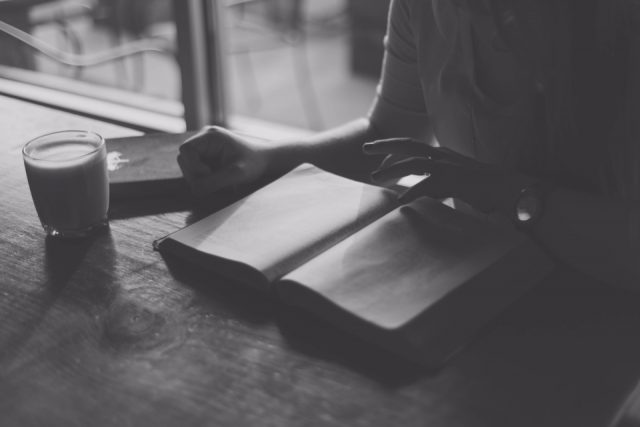 One of the trading pearls of wisdom is to always trade “with the wind at your back.”

The reasoning here is that the trend, or the overall direction of price for a pre-determined time-frame, is most likely to persist in that direction for a greater period of time than price movement in the opposing direction, and therefore placing trades in the same direction of the trend puts the odds of winning on your side.

Of course there are other things to consider. For example, there is the TIMING of entering the trade in the direction of the trend. You could know the overall trend to be bullish and enter a trade LONG (buying), but if you do so right when a correction is beginning (when prices move counter-trend temporarily), you could turn out a loser if you are unable to withstand the losses that will accrue during that correction. So clearly knowing and trading in the direction of the trend is just part of the equation.

Another thing to consider is the method of determining the trend. You can use moving averages or some other oscillating indicator, or you can use trendlines and note the angle of ascent or descent of the market swings, or some other method. You also have to determine the time-frame for the trends you wish to base your trades on.

For instance, if you are a day trader you certainly do not want to determine the trend based on a YEARLY time-frame chart alone. The reason for this is that the YEARLY chart is far removed in the scope of TIME from the INTRADAY (based on minutes, hours or fractions thereof) time-frame. A more realistic time-frame for determining trend for day-traders would be to use a DAILY time-frame chart. If you happen to trade based on the DAILY chart and hold your trades overnight for one or more days, you would likely want to determine your overall trend using the WEEKLY time-frame chart. The rule of thumb is to use the next higher time-frame for trend determination from the time-frame you actually use for trade decisions.

In this article I’m going to approach the subject by using the WEEKLY time-frame chart to determine overall trend as if trading from the DAILY time-frame (holding my position for one or more days, also known as a ‘short-term’ or ‘position’ trader).

The weekly chart that I’ve decided to use for the examples in this article is the CRUDE OIL weekly chart from around January 2015 to the present (July 2016). No trades will be discussed as the focus is on approaches to deciding on overall price trend for the purpose of trading with the trend at the lower DAILY time frame. You can use the same method for any time-frame you desire, however.

The very basic method is to note the most recent market swing, whether it be a swing top or bottom. If a top, consider the trend bearish. If a bottom, consider the trend bullish. For the very short-term trades this can often have you trading in the best direction. All trades assume you have a good timing method, such as using the FDate method or combination of indicators you are comfortable with. A swing bottom is simply a price bar with a LOW that is ‘equal or lower’ than the previous bar’s low and that the high of the bar has already been exceeded by price (by the subsequent bar or bars). A swing top would be a price bar with a HIGH that is ‘equal or higher’ than the previous bar’s high and a following bar has moved below its low. The occurrence of a subsequent higher-high (in the case of a swing bottom) or lower-low (in the case of a swing top) is called ‘confirming’ the swing (top or bottom).

To improve on the basic method, you could apply what are called ‘filters’. A filter is simply one or more chart indicators, such as moving averages, stochastic, MACD or other alone or in various combinations that you use to help you decide on trend direction.

The thing about the bullish or bearish indication just mentioned is that there are times when the oscillator/signal line orientation is bullish but the market is trending bearish for weeks on end. The reverse is true for the bearish indication where prices could trend bullish for weeks. Thus alone this may not be a suitable filter and could use some adjustment. One such adjustment is to note the histogram range from zero.

For good stretches you may find this approach works well. However, it too has flaws and used alone could poise a problem. For example, a taller bullish histogram formed for the February 20, 2015 week which would have suggested a bullish trend has started. And the prior 3 weeks was indeed bullish. Unfortunately the bearish wave was just starting and exactly from this week! Had you followed this method alone without the help of another filter you would have been pointed in the wrong direction until week ending March 13, 2015.

What you could do is add another qualifier filter. An example could be using the %R (14 period) along with the MACD histogram.

Above I have given you some ideas that you can employ for trend determination. There are many other ways and I encourage you to backtest them. The point is to determine the trend by examining the time-frame just above the one you trade from and discipline yourself to only trade in that direction for higher probability trading. Use filters to help you avoid trading in a direction based on a false trend signal. Do not expect any method to be perfect. You are going to get some false signals from time to time. If you have a good timing method to go along with your trend determination method you may still avoid bad trades due to a temporary false trend signal.

5 Ways To Make Your Business Work Harder for You and...